PLEASE DO NOT CALL THE LOCAL NUMBER FOR KC WATER HEATER FOR TECHNICAL SUPPORT!

This honeywell gas valve is getting a bad wrap online. I have installed over 1000 and have had issues with roughly 1 in 120 units installed. The reason people are having so many issues with this gas valve is because the Government now requires a lower threshold for backdrafting. So the units that are having problems are most likely installed in improper environments. These tanks pictured below show signs of backdrafting. 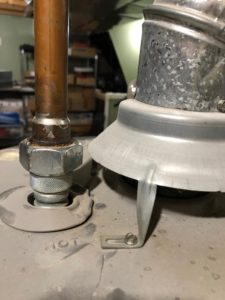 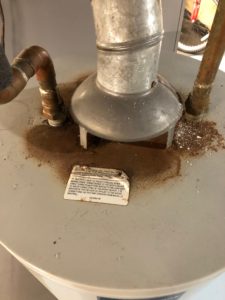 One quick tip on the installation. The vent should have at least 12″ of rise before the first elbow. The maximum horizontal span for 3″ vent pipe is 48″. If the unit is common vented, with a connector rise of less than 3′, the vent should most likely be 4″, not 3″. 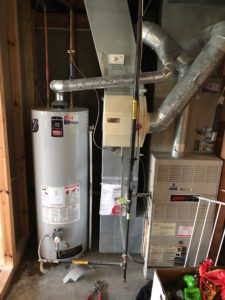 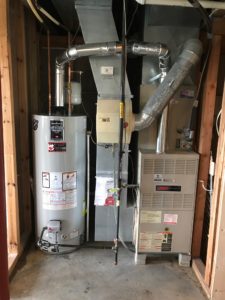 We are a service provider in Kansas City and only provide local service and installation on new water heaters. However we have provided information below to try and help you resolve your water heater problem.

This gas valve is commonly used on AO Smith, State, Whirlpool, and Rheem water heaters. The LED indicator helps you troubleshoot the issue by reporting a number of flashes.

No Flash = Pilot not lit, not enough power.

2 – Replace Pilot Assembly Insufficient power to the gas control valve/thermostat. Check all wiring connections. If problem persist you will need to replace the thermopile. When replacing the thermopile you must replace the entire pilot assembly.

4 – Replace Gas Valve If the temperature has exceeded the limit the gas valve will need to be replaced. Often blamed on sediment in the tank, the 4 flashes is one of the most common problems with the Honeywell gas valve. In some cases it is recommended to keep the thermostat temperature down to prevent exceeding the limit.

5 – Replace Gas Valve This indicates a sensor failure and the gas control valve must be replaced.

7 – Replace Gas Valve Overall failure of the gas valve and will usually require replacement. If you get this code and have lukewarm water and the pilot is still on, try turning up the temperature. This has happened to us twice and both times has resolved the issue.

8 – Reset Gas Valve This will only appear after the gas valve has been shutoff and continues to produce a current to the thermopile. Turn the gas control dial to off and let sit for one minute. If the pilot remains lit you will need to replace the gas control valve. 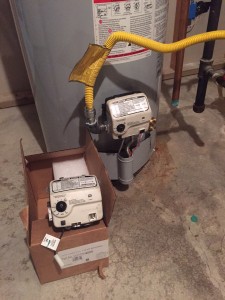 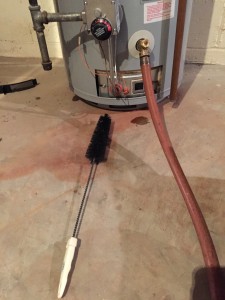 If you are having issues with your pilot there are a couple of steps you should consider before replacing the gas valve. The first is the air intake, water heater build after 2004 have a sealed combustion chamber and air is not as easily drawn in as older models. The air intake is located on the bottom or side of the water heater and may need to be cleaned out in order for the pilot to stay lit.

If you don’t see a spark at all when you are trying to light your pilot it may be that you are not looking in at the right angle. You have to put your ear down to the floor to see the pilot. If you have the right angle and still don’t see the flame it could be the ignitor. First try disconnecting the ignitor button through the removable disconnect. Pulling it apart and putting it back together sometimes does the trick.

Testing the Gas Pressure on your Honeywell Gas Valve

This is a picture of a test to verify the gas valve had the proper working pressure. The manometer is set to PSI and standard pressure when pilot is .143 PSI when the gas burner is on. 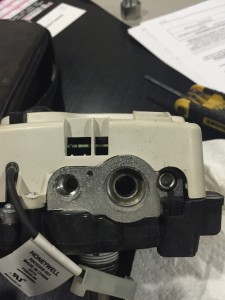 Still have questions? Ask the owner of KC Water Heaters in the Q&A section…